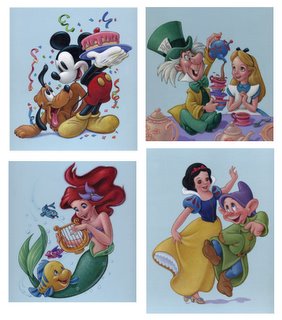 In 2001 I was commissioned by the United States Postal Service and The Walt Disney Company to create a series of stamps. This was a project that was avoided by Disney for a long time and there was great pressure to make the images significant for both Disney and the USPS.

Originally the series was supposed to consist of four images only. There was a change in plans while I was finishing the first of the stamps that were designed and the set was expanded to twelve. Here is the second set which were released last year with the theme " Celebrate". I never got around to posting them on my website as I did the first set....sooooo here they are, FINALLY!

These are the images without being cropped, with no price. The next set of images will be released in April and the theme is "Romance". It has truly been an honor to have my work on postage stamps- especially when I get them in the mail!

BTW- These were done in acrylic on masonite
Posted by Peter Emmerich at 2/26/2006 6 comments: 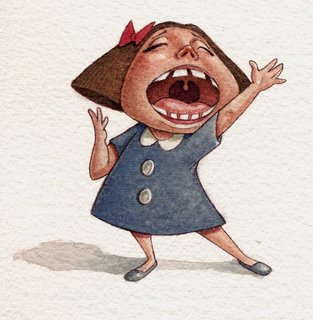 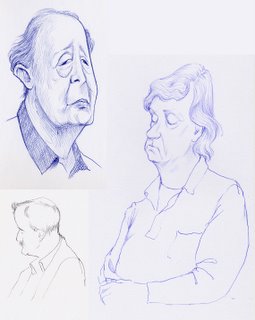 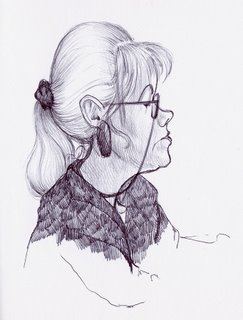 Faculty meetings are moments pregnant with possibilities. I do hope my colleagues are not insulted. These are only a few I have done so there are more to come. This is a posting that I would welcome opinions from my students! I hope they enjoy them especially!
Posted by Peter Emmerich at 2/12/2006 3 comments: 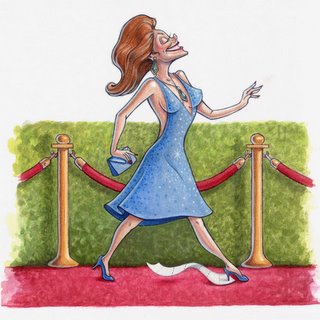 In honor of the current awards season. It was done quickly, but it was my first thought.
Posted by Peter Emmerich at 2/02/2006 9 comments: